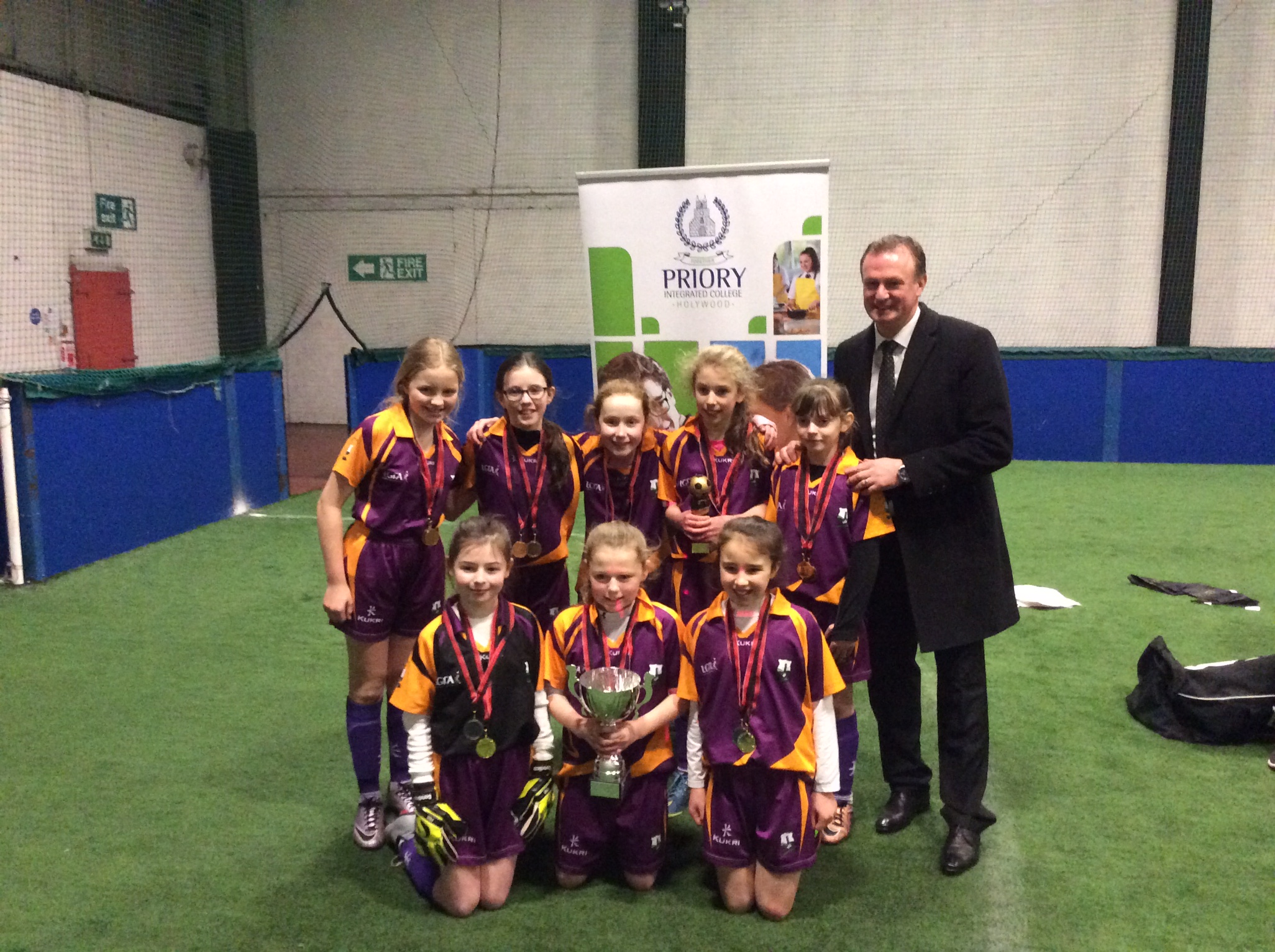 Posted at 15:05h in News by Johnny Mansfield 0 Comments
Share

Last Friday 200 primary school pupils descended upon Eddie Irvine’s Sports Centre for the 16th running of the Priory College Challenge Cup. As an integrated college Priory ‘welcomes children from all traditions, cultures and abilities’, so it was wonderful to see schools from Holywood, Bangor, Ards and Belfast all united by football (and a desire to win!). The pupils competed extremely well, and all 24 teams qualified for a seeded semi-final. Northern Ireland Football manager, and ‘Coach of the Year’, Michael O’Neill was there to present the prizes.

The girls’ tournament was won for the third year in a row by St. Joseph’s, Carryduff. Once again they brought a squad of skillful and determined players, and although they were challenged very well in the final by the team from Grange Park, they were  led by player of the tournament Sian O’Neill to success. In the ‘B’ final Holywood defeated St. Finian’s 1-0 to earn another trophy for their school.

In the boys’ tournament there were 16 teams giving their all to win the ‘A’ trophy. After the group games it was left down to four teams…and in the first semi-final Newtownards Model managed to defeat a very strong Ballyholme team 4-2 to make the final. The second semi saw one of the tightest games of the tournament, and although player of the tournament Reece Smyth did all he could to inspire Rathmore, it was the team that had impressed everyone in the group stages, Grange Park, who eventually won the thriller 4-3. The final was also a close game, but Newtownards Model proved to be the stronger team and won the main trophy – their second success in the last three years. Glencraig won the ‘B’ final on penalties, St.Joseph’s were victorious in the ‘C’ final and Bangor Central won the ‘D’ final. Special praise must, however, go to Grange Park as both their teams made the ‘A’ finals – and played superbly with a brilliant attitude. So although unsuccessful in the finals, will I’m sure be back next year keen to get their hands on the main trophies!

It was a day of fun and competition, and thanks must go to tournament sponsors Decathlon for providing match balls and prizes, and of course Michael O’Neill for interrupting his busy schedule to attend and present prizes…and you never know, he may have met a future international star?